Winner’s Parade at Carnival in Rio!

JOIN US IN RIO February

SPECIAL NOTE: this trip, like that of our others, will only operate when it is safe to do so and we’ve been cleared to travel.

Carnival is a national celebration, which for the Brazilians is more important than Christmas, New Year’s and Easter rolled into one! More than anywhere else in Brazil, Carnival in Rio is a spectator event, but it’s a fantastic spectacle nonetheless.

People speculate that the word Carnival derives from caro-vale, meaning “good-bye meat”. The reasoning goes something like this: for the 40 days of Lent, Catholic Brazilians give up liver or flank steaks. To compensate for the big sacrifices ahead, they rack up sins in a delirious carnal blowout in honor of King Momo, the King of Carnival!

Every year, locals and foreigners alike descend on Rio en mass, to celebrate the biggest Brazilian festival of the year!  Rio de Janeiro’s Carnival is larger, livelier, louder and more incredible than anything one can possibly imagine.

Carnival is made up of 3 major ingredients and they are the Parade itself, the local balls and the all-important activities that happen in the street. It begins with the crowning of the Fat King (King Momo), who is presented with a giant silver and gold key by the city’s mayor.  Then, the Banda da Carmen Miranda stages its own procession in Ipanema, a few days before the big Parade. Its name comes from the famous samba singer of the 1940s known for her lavish style of costumes.

The non-stop Carnival celebration starts on the Friday before Ash Wednesday – usually late February or early March, the hottest time of the year in the Southern Hemisphere when summer is at its peak, with the first major ball of the season kicking off on the first Friday night and the celebration continues until the final winner’s parade held on the following Saturday. 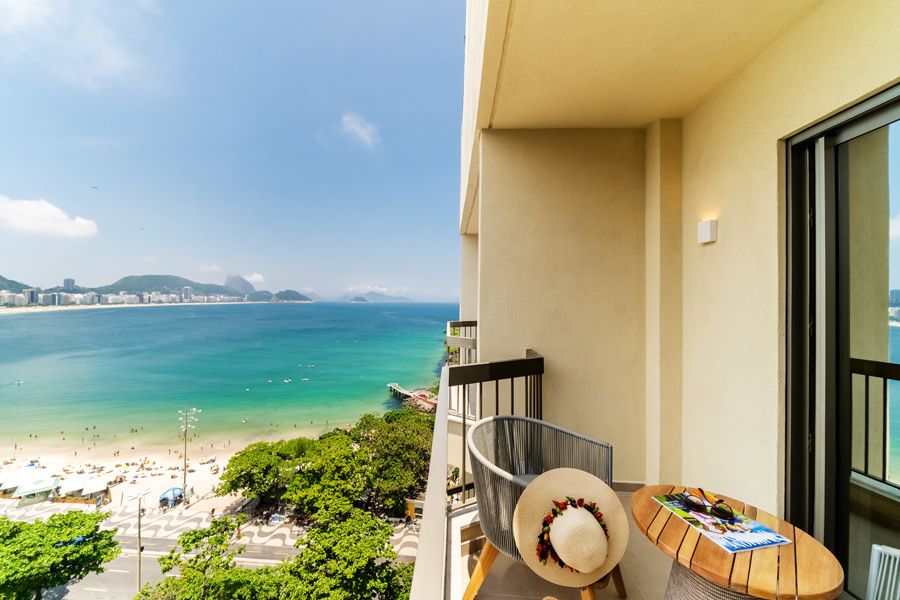 5 Nights at the Fairmont Rio de Janeiro with breakfast daily. 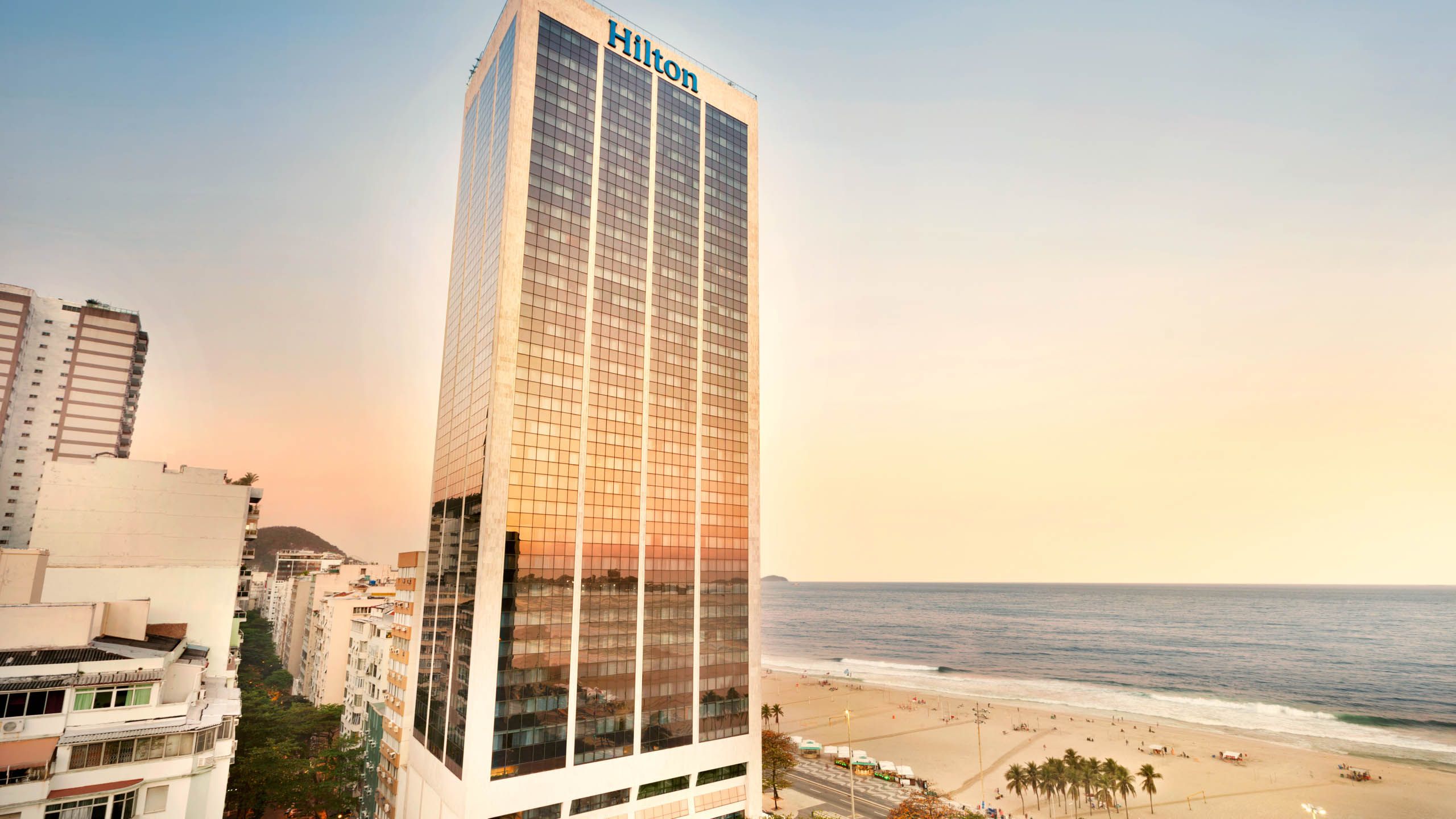 Christ the Redeemer is a colossal statue of Jesus Christ at the summit of Mount Corcovado, Rio de Janeiro, in southeastern Brazil. Completed in 1931 it stands 98 feet (30 metres) tall, its horizontally outstretched arms spanning 92 feet (28 metres). The statue, made of reinforced concrete clad in a mosaic of thousands of triangular soapstone tiles, sits on a square stone pedestal base about 26 feet (8 metres) high, which itself is situated on a deck atop the mountain’s summit. The statue is the largest Art Deco-style sculpture in the world and is one of Rio de Janeiro’s most recognizable landmarks. A most impressive sight, it is a must to visit when in Rio! 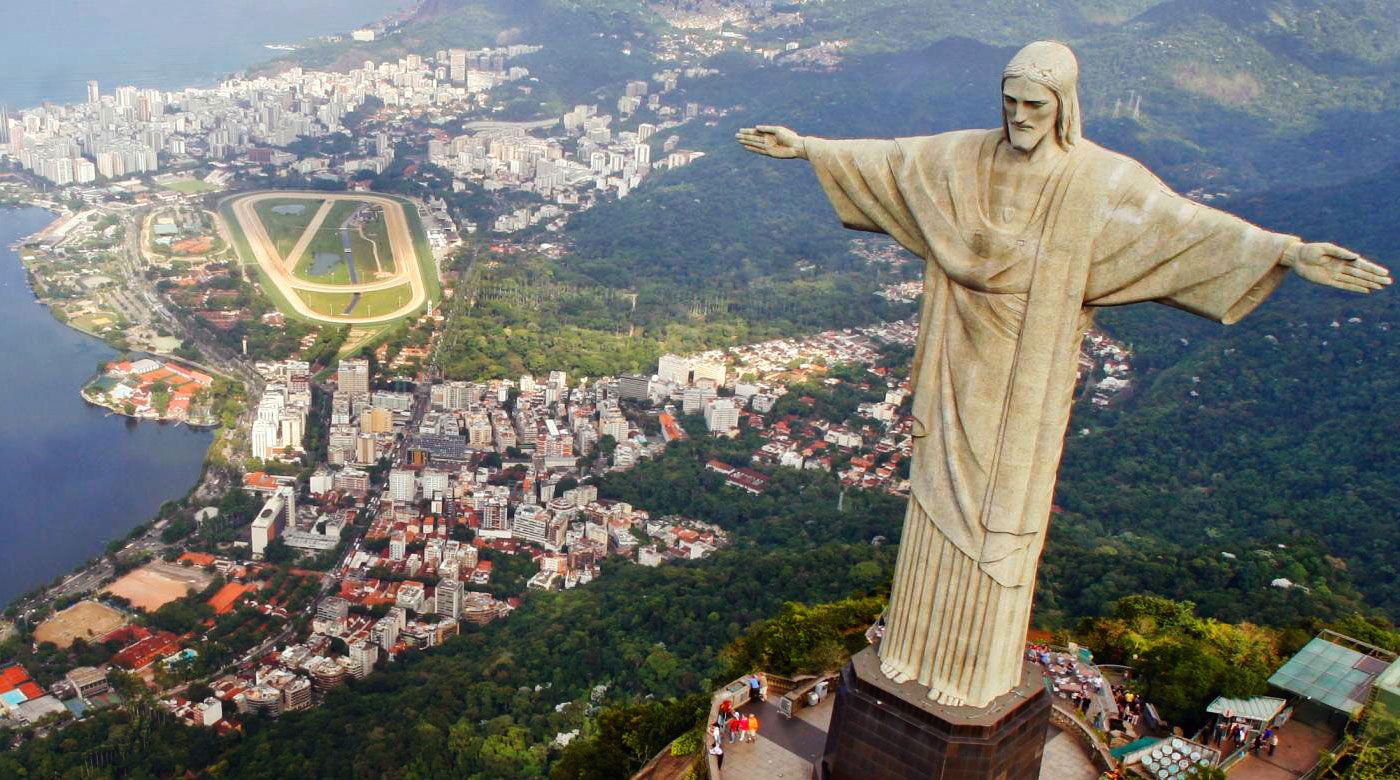 Christ the Redeemer at Corcovado Mountain 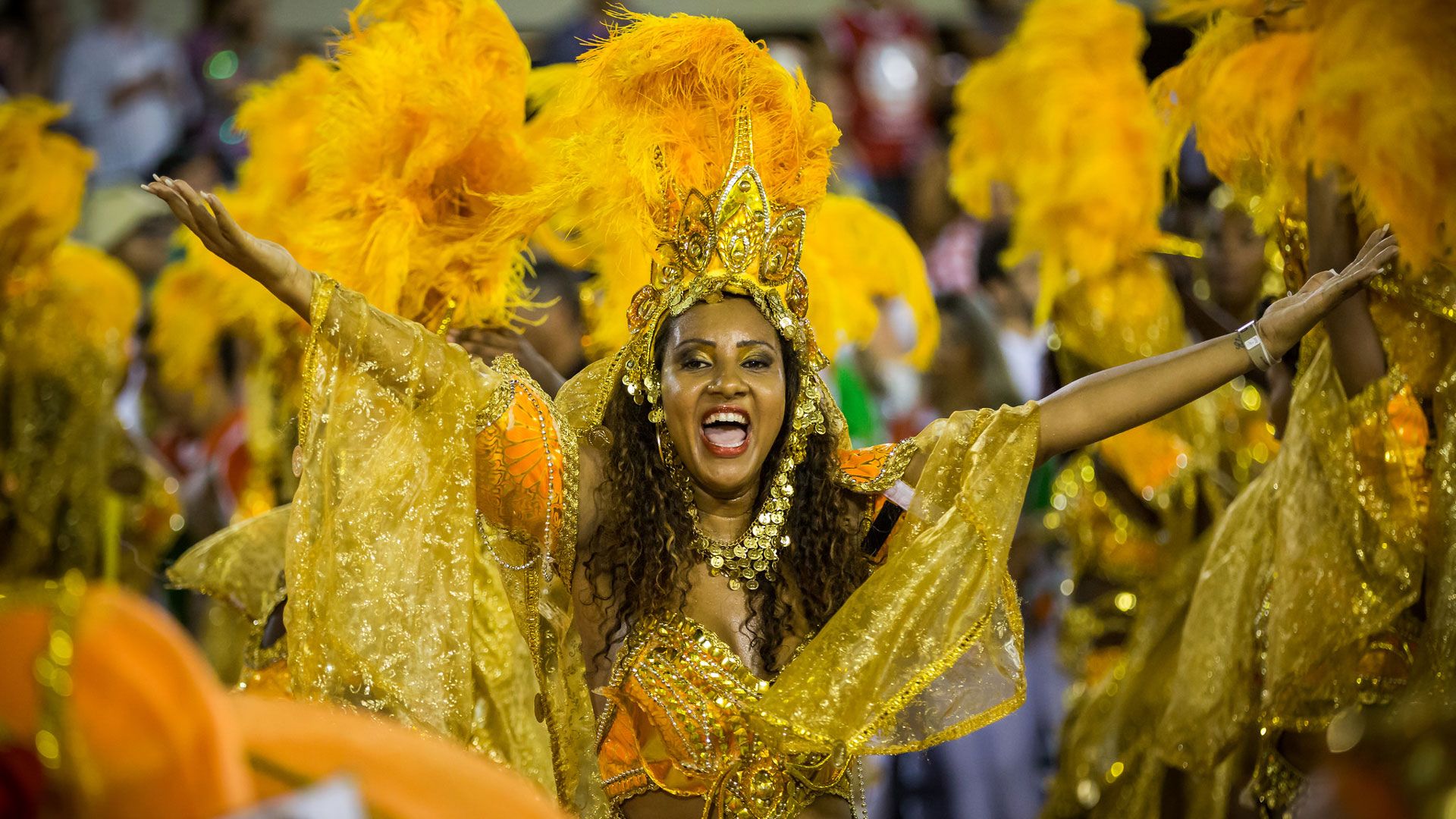 Winner’s Parade at the Sambódromo

CARNIVAL PARADE
The ‘Sambódromo,’ or samba parade avenue, is where the samba schools parade over Carnival in Rio de Janeiro. Built in  1983,  the Sambódromo was designed by the famous Brazilian architect Oscar Niemeyer and is located at the downtown city district of Rio, about 20 to 30 minutes drive from all major hotels.
The avenue is close to 1 km long and 13.5 meters wide. The total area of the complex is 85 thousand square meters, and has a capacity for over 60 thousand people in the stands, boxes, and floor level chairs. Right at the end of the avenue, is the ‘Praça da Apoteose,’ where the samba schools end their parades. It’s 10.4 thousand square meters and is also used for shows and performances featuring national and international acts. The parades are actually held on two nights: six schools parade on carnival Sunday and six on carnival Monday, these two days the best samba schools of the city parade. These ‘special group’ of samba schools – which are the biggest and best schools – stand out for their magnificence and luxuriousness, with the participation of famous stars and well-known Brazilian personalities.
Known world over as Rio’s postcard and a must to visit, Sugarloaf is reached on a two-stage cable car ride. This Italian-made cable car takes 80 persons per trip on a 2-minute ride, each stage. The first stage, Morro da Urca – barely 170 mts high, has a restaurant, amphitheater, a helipoint for scenic rides and a privileged view of the Rio de Janeiro Yacht Club and Botafogo Bay.
The second stage takes one up to Sugar Loaf – thus named because of the loaves of sugar that were commonly used by the Portuguese at the time of the discovery of the city.
The all-encompassing view of this privileged 270-meter high lookout offers an unrivaled, spectacular and truly breathtaking overlook of Rio de Janeiro. Sunset from this vantage point is not easily forgotten! 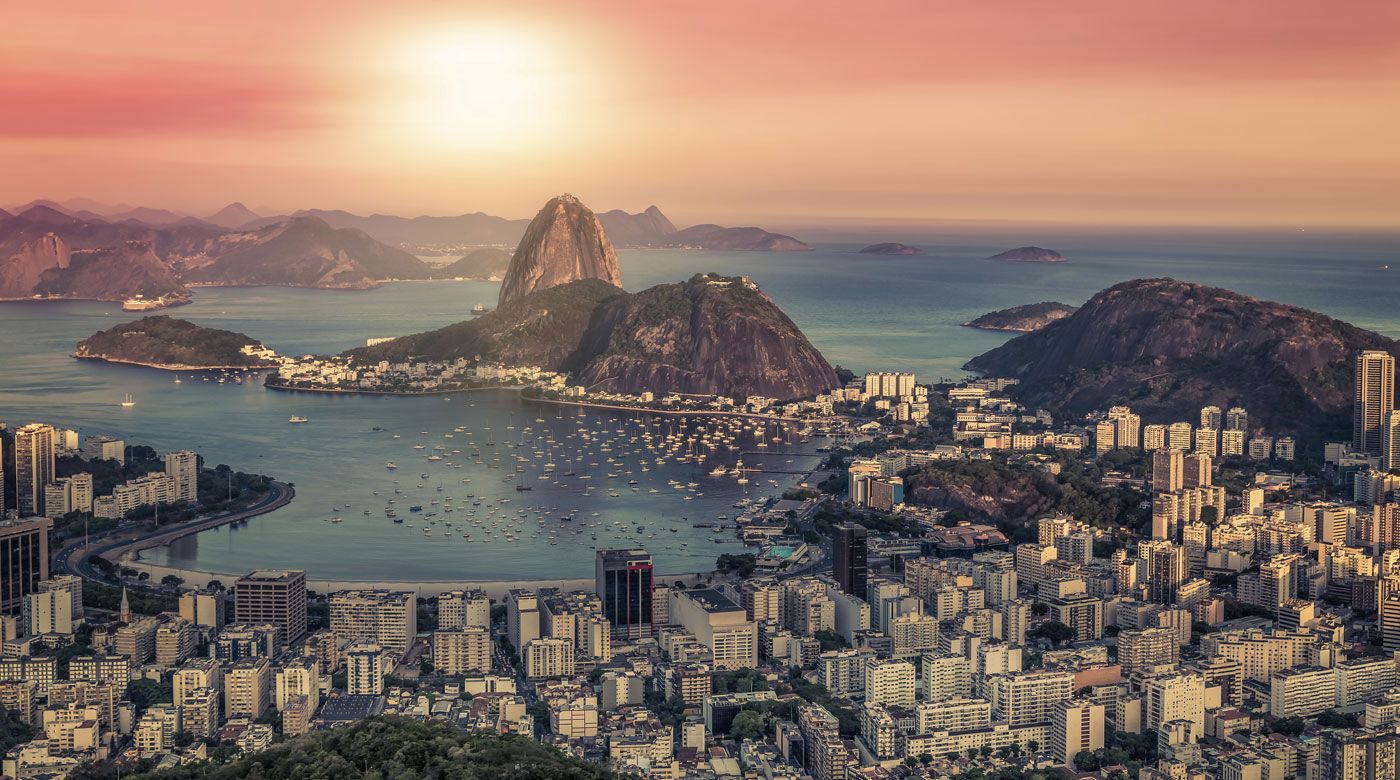 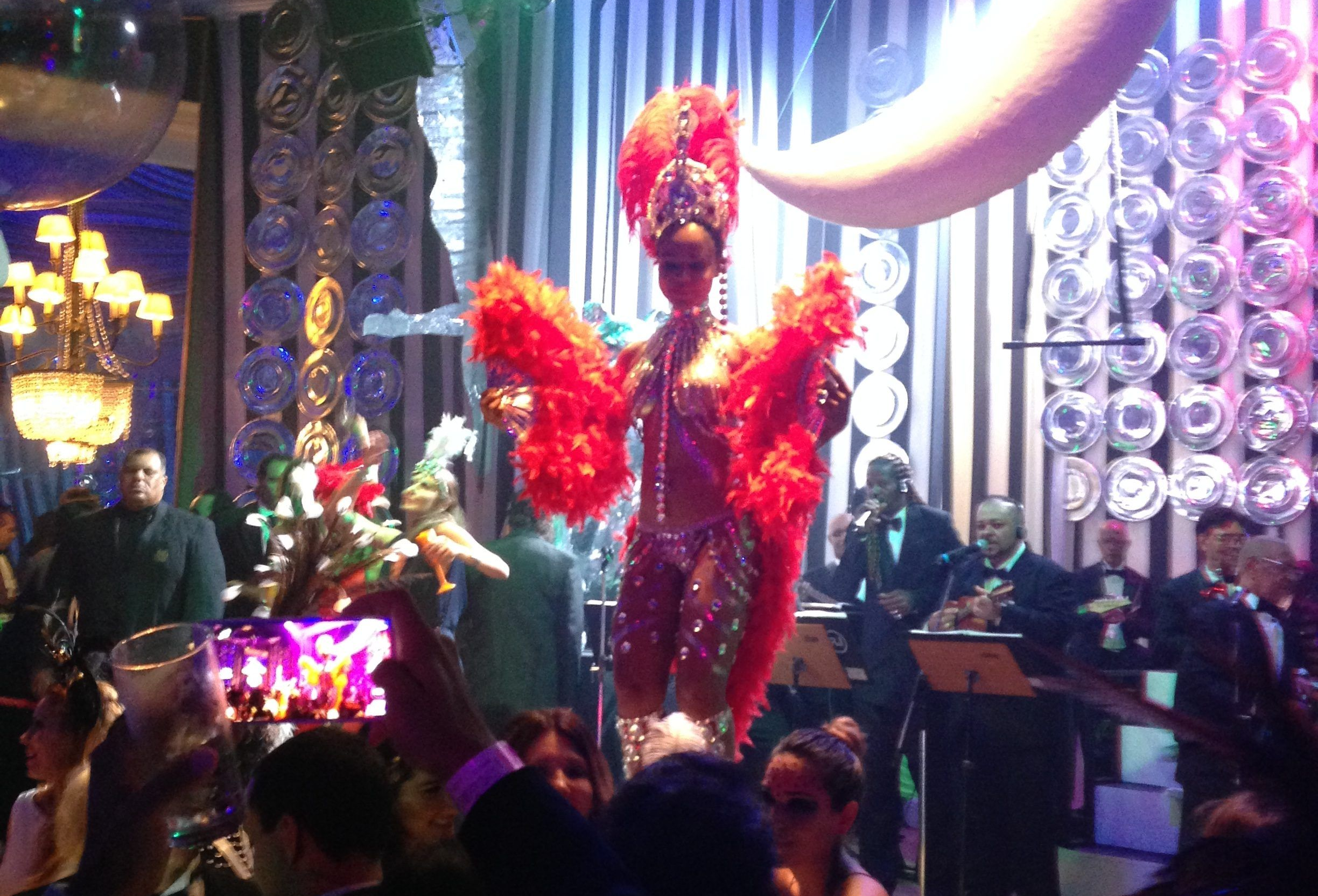 The Copacabana Ball of the Belmond Copacabana Palace Hotel is the Official Ball of the City of Rio de Janeiro. Each year the theme of the Carnival decoration is new and guests are invited to dress in costumes that reflect the theme of the party. It’s a gala evening and guests will dress either in costumes or a party outfit and men are in their best tuxedo or white dinner jacket (ideal for the evening)

Other Optional Attractions & Things to Do:

Book Now
Follow us
Receive a FREE eBook!
Join email list and receive a FREE copy of Ralph's eBook 52 Categories of a Shot List: Create Images that Tell a Story.